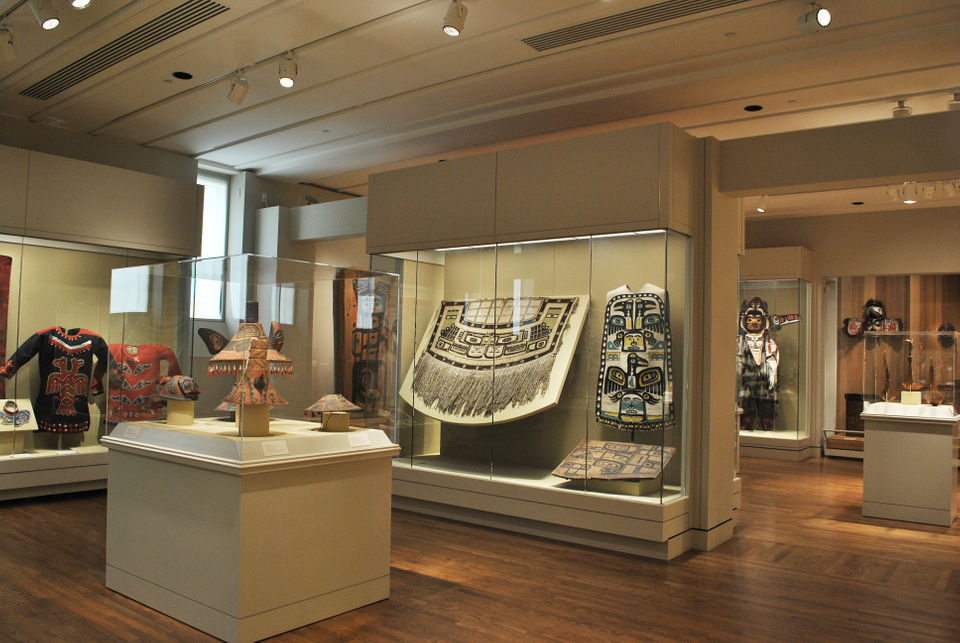 After a three-year lapse, the Portland Art Museum once again has a curator of Native American art.

She fills a position that has been vacant since the previous curator of Native American art, Deana Dartt, left in 2016, citing personal reasons.

Brian Ferriso, Portland Art Museum director and chief curator, said the museum had heard from about 25 applicants but felt the majority weren’t qualified for what he called “a very highly specialized position.” The museum then worked with its Native advisory board to identify “people not only steeped in history but who understand that Native American art and culture is a living, breathing culture that continues today and that we as an institution need to participate in that in a very contemporary way,” Ferriso said.

The search zeroed in on Ash-Milby, who had nearly two decades of experience at the Smithsonian and a master’s degree in Native American art history, and is a member of the Navajo Nation. Ferriso himself called her. “It was a very active recruitment,” he said.

Ash-Milby said she hadn’t considered herself eligible for the job because of her focus on contemporary Native American art. That focus is what makes her arrival noteworthy, according to Portland artist Marie Watt, a Seneca Nation member who has 20 works in the collection and sits on the Native advisory board.

“I think it’s a real coup that the museum was able to lure her to Portland,” Watt said. “Oregon has a dynamic indigenous community and there are a lot of people who have watched Kathleen’s work from afar. I think there’s a lot of enthusiasm for her coming to Oregon and working with the collection and the community.”

Ash-Milby said she saw the Portland job as “a step up.”

“Maybe some people are surprised that I would make a move like this because the Smithsonian is considered to be a leader in the field and it was really a privilege to work there for as many years as I did,” she said. “Here, I’m the curator of Native American art and I’m in charge of an entire collection. ... I will have a much more personal connection to this collection and to this local community, which is something I didn’t really have being a curator in New York.”

Ash-Milby said she was also attracted by Portland’s reputation as a center of contemporary Native American art.

“I’d been here several times to visit with artists and to see galleries and exhibitions,” she said. “I could really see myself already having a place here because I already had that network in place.”

One item at the top of her to-do list: Getting a handle on the museum’s 4-year-old Center for Contemporary Native Art, a modest gallery tucked next to a stairway on the museum’s third floor. “I’m trying to learn as much as I can about what the original intent of that space was but also looking to the future,” she said, referring to how the space will be affected by the museum’s plan to construct a three-story pavilion connecting its two Southwest Park Avenue buildings.

Ash-Milby said she also wants to resolve 18 claims against the museum under the Native American Graves Protection and Repatriation Act. Under that 1990 law, museums that receive federal funds are required to identify Native American objects in their possession that are sacred or cultural items and to contact the appropriate tribes about their wishes regarding the objects.

“This is a priority of the museum and the director to resolve this. We need to make some real progress with that before I can do other things,” Ash-Milby said.

Dartt said Ash-Milby had already contacted her about the claims. “That, frankly, is a signal to me that she is the right person,” Dartt said. “What’s been missing historically in art museums is the sense of responsibility to descendant communities … We’re finally starting to see that shifting, and a big part of that is Native curators, people who are stepping into those roles with the values of community and family and historic continuum.”

Dartt is also happy that Ash-Milby plans to revisit a major show of Tlingit artworks, from North America’s northwestern coast, that was pulled from the museum’s exhibition calendar when Dartt resigned and that she said would have been the first of its kind.

In the meantime, Ash-Milby brings with her a retrospective of modernist Dakota artist Oscar Howe – it will open at the National Museum of the American Indian and then come to Portland. And, of course, she’s getting better acquainted with the collection she’s now overseeing.

“What’s really great about it,” she said recently in the museum’s Native American art galleries, “is it allows visitors who maybe don’t have a background in Native art and are looking at a contemporary Native artwork to understand that relationship between those artists’ culture and the material culture and what they’re doing today.”

Take Gail Tremblay’s “In Great Expectations, There is no Red Leader,” a 2011 piece made of 35-millimeter film and shaped like a tall basket that is displayed amid baskets woven with traditional materials.

“When you have (this work) side by side with other basketry you can see what her sources are, what her references are,” Ash-Milby said. “At the same time, it’s a very distinctive work on its own.”

“Twenty, thirty years ago, galleries and mainstream institutions weren’t interested in contemporary Native art because they saw it as just being too culturally specific. But it wasn’t seen as fitting in with historic collections, either,” she said. Now, the 2019 Whitney Biennial, one of the touchstones of contemporary art, is featuring several Native American artists, something that once seemed impossible, she said.

“I’m not saying there isn’t progress that still needs to be made,” she said. “But compared to where things were 25 years ago, it’s almost night and day.”