Tutankhamun Head to be Auctioned by Christieâs, Sparks Outrage 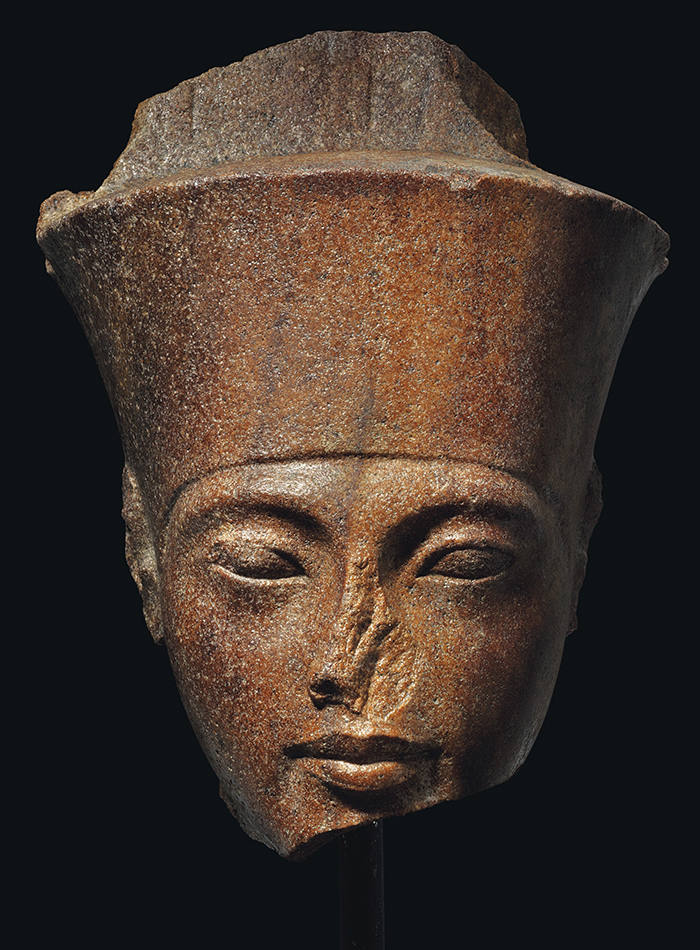 British auction house Christie’s is auctioning a 3,000 old stone head sculpture of an ancient Egyptian figure bearing the facial features of Tutankhamun on July 4 in London.

The news was reported by Financial Times, which also stated that the reputable company is aiming to secure at least £4m for the controversial sale.

The head is supposedly privately owned and has appeared, for the first time on the open market, since 1985.

News of the statue’s sale, especially considering who it represents – the famous boy king of the 18th dynasty- sparked outrage on social media where users have expressed dismay that Egyptian artifacts are still privately exploited and bargained.

Many have called for the statue to be repatriated to Egypt where it would find a home with the rest of Tutankhamun’s collection now at the Egyptian Museum, going soon to be relocated to the Grand Egyptian Museum.

Tutankhamun, made famous from the discovery of his intact tomb by Howard Carter in 1922, has been a key element of  ‘egyptomania’ which has inspired movies, books, fashion houses and modern day architecture.

It is not completely certain weather the statue does in fact belong to the boy king but the almond-shapes eyes and the drooping, full lips are characteristic of the New Kingdom period art. The statue also bears facial similarities with others.

“The beauty of the lines and the way it’s carved are a testament to the Amarna style,” said Laeticia Delaloye, head of the antiquities department at Christie’s London, according to Financial Times.

In terms of its origin, Christie’s traced the artifact to German collector Prince Wilhelm von Thurn ind Taxis prior to it being passed along various dealers till its current owners in 1985.

Although Egypt has been regulating the sale of its cultural heritage since the beginning of the 19th century and has banned the traffic or purchase of artifacts after the 1970s, countless Egyptian artifacts are still stolen and some are sold worldwide such as the Northampton Sekhemka statue.

In February, the Metropolitan museum of art – New York’s highly reputed and popular tourist site- announced that the return of a prized gilded coffin of an ancient high priest to Egypt. It announced that Nedjmankh’s funerary object, discovered to have been looted from Egypt in 2011, was to be handed over to the Egyptian government.

According to the Financial Times, Christie’s is sending details of the head and other artifacts to Egyptian authorities.

There has been no publicized reaction from the Ministry of Antiquities or Egyptian official authorities as of yet.

On its website, Christie’s has also listed previous ancient Egyptian sales of more than 40 artifacts including reliefs, bronze  and wooden sculptures, relieffragments, pottery and even King Farouk’s personal watch.