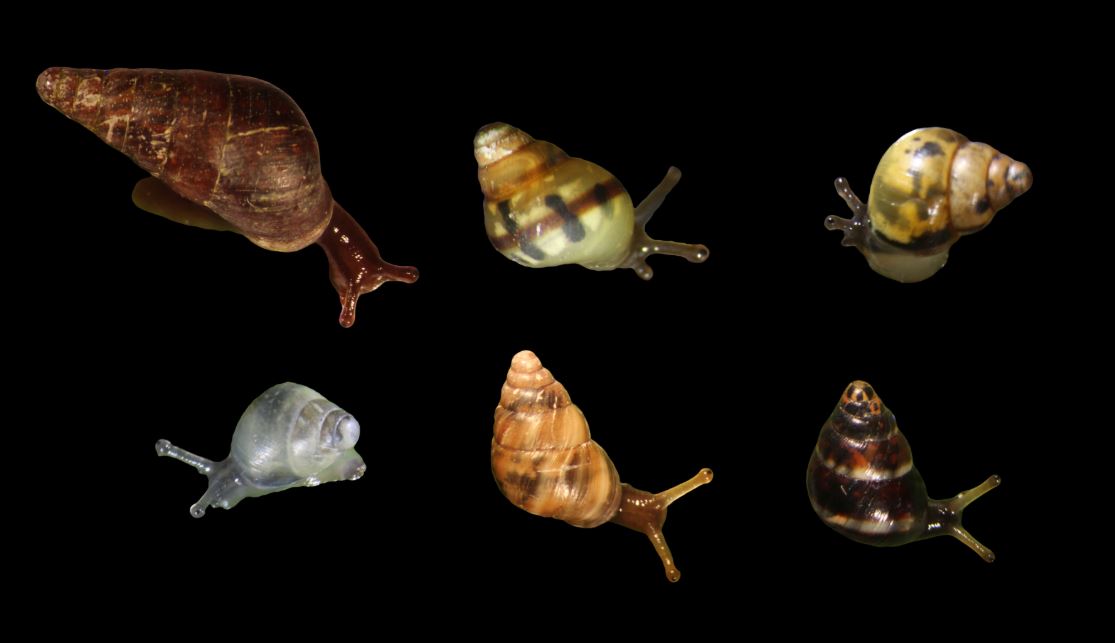 The snail’s shell is less than 5 millimeters (2/10 of an inch) tall when fully grown, and varies in color from a burnished tiger’s-eye pattern to sable and white stripes.

It is found only on Oahu in the Waianae Mountains.

The snail was first discovered by Bishop Museum researchers in 1912, but the shells have remained in collections until living snails could be analyzed.

The snail went unnamed until Bishop researchers rediscovered the snail in 2013.

A team of scientists from Bishop Museum, Florida Museum of Natural History, and the Smithsonian’s Natural History Museum then began studying it’s shell, anatomy and genetics so that it could be formally described as a new species.