After decades, U of M is finally on track to return Native burial objects dug up in 1920s 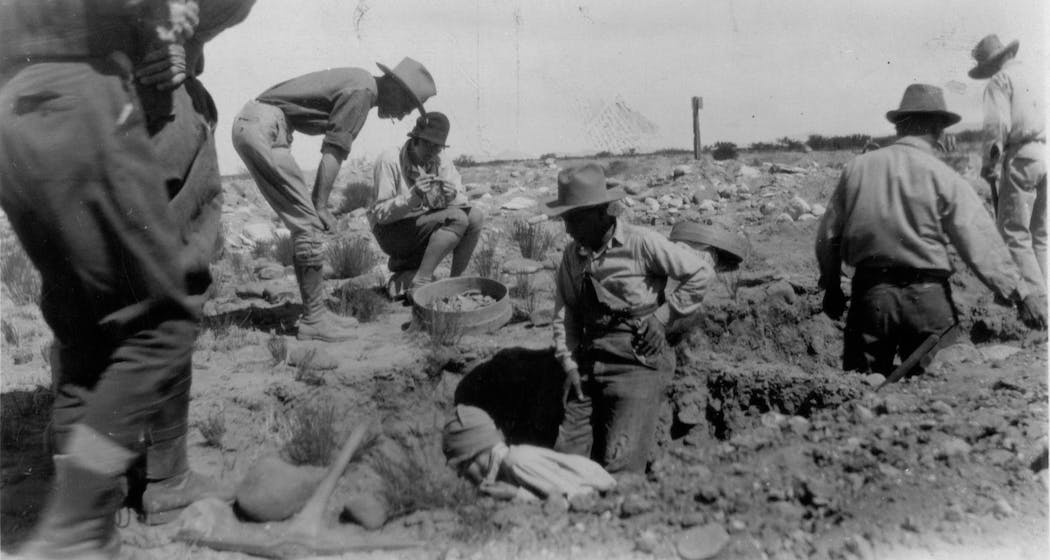 Nine decades after the founder of the University of Minnesota's anthropology department dug up more than 2,000 Native objects in New Mexico, the university is finally taking concerted action to bring them home.

The university's Weisman Art Museum has come under particular fire for dragging its feet on the process, launched 30 years ago when Congress passed the Native American Graves Protection and Repatriation Act (NAGPRA), requiring federally funded institutions to return Native remains and sacred objects to tribes.

The pace accelerated after the retirement in June of longtime Weisman director Lyndel King, who had argued that such objects should remain in museums even as she took steps to comply with the law.

The Minnesota Indian Affairs Council subsequently passed a resolution chiding the university for its "resistance" and accusing it of treating "sacred funerary objects ... as university property."

Why has it taken so long? In short, it's complicated. But that doesn't let the university, or the Weisman, off the hook.

"I can't speak for the reasoning ... by the former director of the museum, but it is basically a failure to comply with the law," said associate anthropology Prof. Kat Hayes, part of a U committee formed to help return the objects.

Created between 1000 and 1150 A.D., the objects come from the Mimbres Valley in southwest New Mexico, where Prof. Albert Jenks led a series of archaeological digs from 1928 to 1931. His team excavated the remains of more than 150 Native people along with the objects now in the Weisman's collection. Transferred to the museum in 1992 by the anthropology department, they include stone tools, arrowheads and points, beads, pendants and more than 1,000 ceramic bowls.

Mimbres bowls are highly prized for their black or brown paintings depicting birds, animals or human figures. Often found in graves, they were used in death rituals to cover the head of the deceased, or stacked beside the body.

"Many of the skeletons have a bowl of pottery placed over the head," Jenks himself wrote.

In 1996 the Weisman presented a show of Mimbres bowls co-curated by the late Rina Swentzell, a Santa Clara Pueblo. Several pieces were on display as recently as last year, but the museum has since removed photos of them from its website and added FAQs about the repatriation of Mimbres objects.

"The exhuming, gravedigging, pothunting and unethical theft of Indigenous bodily remains and funerary objects ... continues to negatively affect contemporary Indigenous nations and communities," said Elan Pochedley, a graduate student in anthropology at the U who is a member of the Citizen Potawatomi Nation.

Pochedley and several other grad students wrote an open letter this fall criticizing the university for its slowness in repatriating the objects, and pointing to the department's history of structural racism.

"A lot of these collection practices happened at a time when they thought we" — meaning Natives — "weren't going to be around anymore," said Juan Lucero, the first-ever Native American art fellow at the Minneapolis Institute of Art.

Mia, in fact, helped fund one of Jenks' excavations, and kept some of the bowls and artifacts until 1958, when they were turned over to the university.

"A lot of object collection and grave robbing that went on was a practice to 'save' what was left of these 'disappearing cultures and communities,' " said Lucero, who is a member of the Isleta Pueblo community. "Obviously, we are still here."

Melanie O'Brien, National Park Service manager for NAGPRA, continues to see cases like the Weisman's, decades after the law's passage.

"Congress' intent was for the human remains and their belongings to go home," she said recently. "I don't think anyone had any idea how large the task would be, or that we would be here, 30 years later, with so much still to do."

One complication: NAGPRA requires an institution to conduct an item-by-item inventory establishing possible connections between Native objects and human remains. It also must consult with present-day tribes who may have cultural ties to the objects.

"The unique thing about the Weisman collection is that both the ceramics and the remains were collected, and there is documentation available to put them back together," said C. Timothy McKeown, a now-retired NAGPRA administrator.

The Weisman did compile a broad summary of its holdings in 1995, submitting it to the Park Service as well as several tribes. However, it fell short in linking those objects to the Native remains excavated by university archaeologists, which had been transferred to the Minnesota Indian Affairs Council, pending repatriation.

Park Service officials did not realize the summary was incomplete until 2002, when the council announced that its own inventory had established a clear connection between the remains and the Mimbres objects.

The council, comprising leaders of the state's various tribes along with key legislators and agency heads, tried for years to get the Weisman to do a new inventory.

Joe Horse Capture, former director of Native American initiatives at the Minnesota Historical Society, views the issue partly as a matter of priorities.

"Part of a museum's responsibility to the communities that they serve, both locally and [more] broadly, is to make sure that issues with their collections get rectified as soon as possible," said Horse Capture, who is now a curator at the Autry Museum of the West.

"Mimbres pots are one of the most clear-cut pieces that are around. Repatriation is right up the list of issues that need to be rectified, and the longer one sits on it, the more challenging it becomes."

The Weisman finally started a full inventory during the summer of 2019, and expects to complete it within a few months.

This summer, catalogers found a tooth, bone fragments and other human remains in the museum's holdings — a discovery the Weisman called "disturbing and distressing."

"We must acknowledge that this delay was a mistake ... [and] a source of pain and ongoing trauma" for Native people both in Minnesota and the Southwest, says a statement on the museum's website. "We will try respectfully to repair the relationships between the University and tribal communities."

But to whom should the objects be returned?

In a 2012 essay, former Weisman director King tried to make a case for Mimbres pottery remaining in museums, arguing that because its makers are "prehistoric ... the historical objects are not easily identified with a particular group."

"To our Western-European way of thinking," she wrote, "the present and the future may use the past. The paintings on the Mimbres pots, created more than a thousand years ago, provide knowledge, beauty, and inspiration for us today and will for generations to come. That justifies our unearthing them and displaying them in museums."

The Minnesota Indian Affairs Council has named eight groups it believes are culturally affiliated with the Mimbres people, including the Hopi and Zuni tribes, and the Pueblo communities of Acoma, Isleta, Laguna, Pojoaque, San Ildefonso and Taos.

One more complication, though: The anthropology department is trying to track down Mimbres objects excavated by Jenks that went to several other U.S. museums. To save time, the university has invited those museums to join its consultations with various tribes "to determine how best and most respectfully to complete the repatriation," said anthropology professor Hayes.

"This will likely take another year or more," she added, "and will include applying for funding to send the repatriated ancestors and their belongings home."

Melissa Cerda, a former U graduate student who is now senior cultural resources specialist for the Minnesota Indian Affairs Council, feels the process is moving at a quicker pace now.

"The people working on it — even people working at the Weisman — have been completely helpful," she said. "Maybe we needed to have a stronger kind of stand.