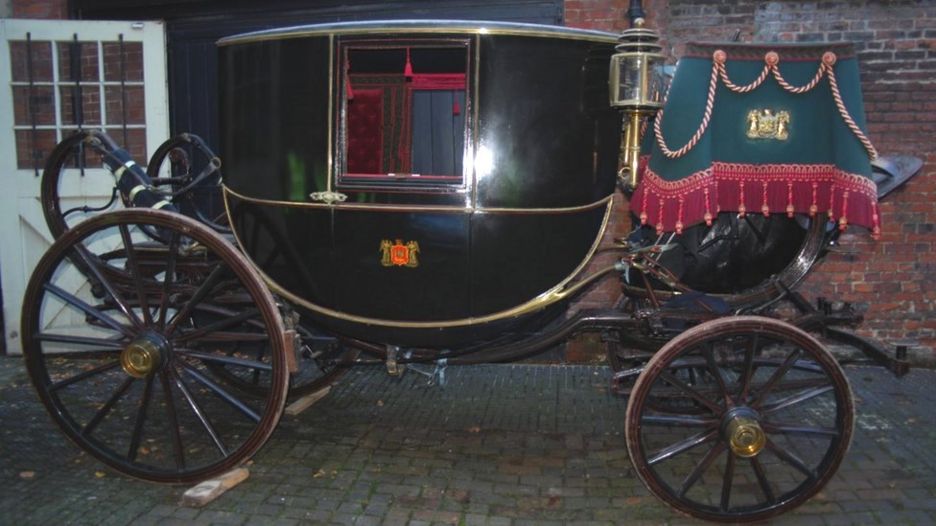 The coach, which was built in the 1850s, was used by the Mayor of Norwich on civic occasions before going on display at Strangers' Hall museum.

It has been damaged by the common clothes moth which are attracted by the horse hair used in the seating.

The museum said it had decided to replace the moth-damaged upholstery.

The coach has been sent to a specialist firm in Kent which will strip and replace the upholstery and replace it with a foam filling to deter the moths, the Local Democracy Reporting Servicereported.

Sarah Norcross-Robinson, senior conservator for Norfolk Museums, said: "Strangers' Hall has had a long-term problem with clothes moths, which we have dealt with in different ways.

"In the past, [a pest controller] would encase the coach in a bubble, which we would fill with carbon dioxide and suffocate them, but the little blighters would always come back.

"We would do this on around a five year cycle, but now health and safety regulations do not allow us to deal with them in this way any more."

The renovation is under way and the upholstery has already sent back to Norfolk as it was posing a threat to the Lord Mayor of London's coach, which is also being worked on in Kent.

The coach is due to be brought back to the county in the summer.